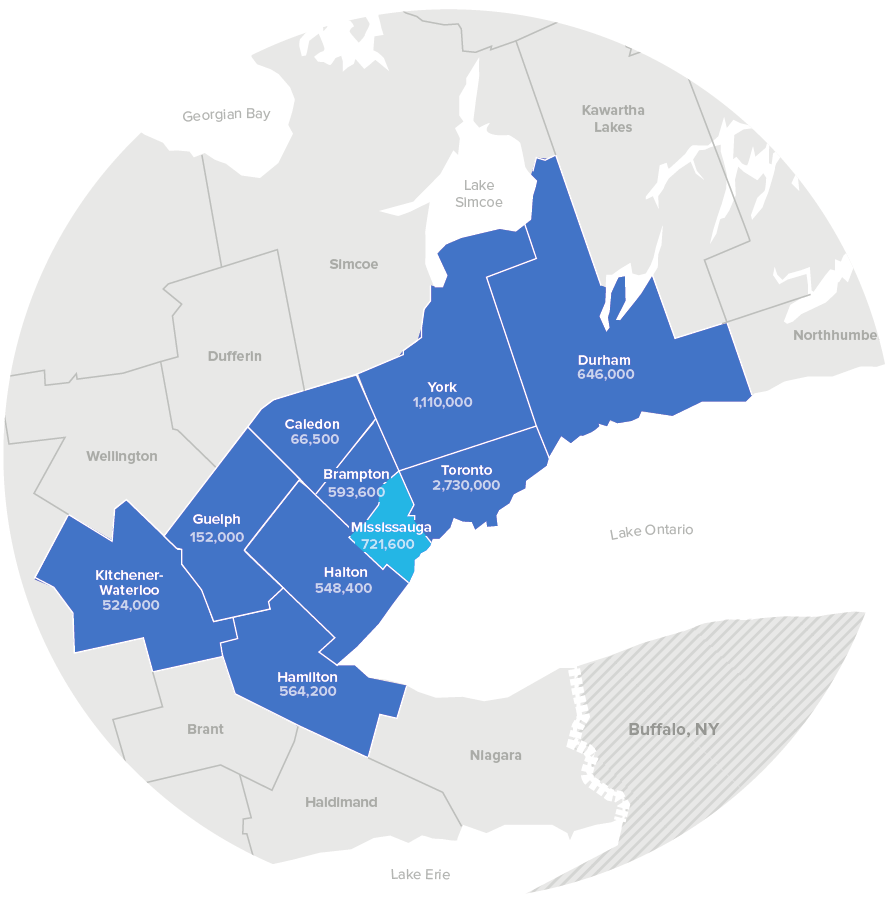 One of North America's Largest Markets

The Toronto Region is home to a large base of consumers and business activity including 7.7 million people and 281,000 companies. Collectively, the region’s GDP in 2013 was approximately $560 billion (US), positioning it amongst the largest economies in North America with prominent innovation and tech hubs.

As one of the most diverse region’s in the world, the attraction of additional immigrants and foreign companies will continue. Through this growth, the region’s market size and economic presence will continue to expand.¹

Explore our interactive map below where you can navigate various sections including drive times, flight times, population density, highways and more.

Mississauga is home to Canada’s largest airport. Serving over 49 million passengers annually, Toronto Pearson International Airport (Pearson Airport) is a major global hub, providing Canadians with a gateway to the world. With over 330,000 surrounding jobs, the airport is home to the second largest employment zone in the country.

Over 70% of the world’s economy is in reach with daily, non-stop flights serving 65 airlines and 210 destinations.

Serving over 49 million passengers annually, Pearson is a major global hub, providing travellers with a gateway to the world.

Nearly half of all international air cargo leaving or entering Canada passes through Pearson. That's over 535,000 tonnes of cargo annually.

Mississauga is situated in between two of the largest ports on the Great Lakes: the Port of Toronto and the Port of Hamilton. Both Ports are located along Lake Ontario and have direct access to all other lake ports, as well as the Atlantic Ocean via the St. Lawrence Seaway.

The Port of Toronto, one of Canada's largest major inland ports, is situated on the northwest shore of Lake Ontario and is 18 kilometers (11 miles) east of Mississauga. Its provides access to 25% of Canada’s population and is no more than 1300 km (807 miles) from many of North America’s largest cities.¹

The Port of Hamilton is Ontario's largest port. It is situated on the northwest shore of Lake Ontario and is 33 kilometers (21 miles) west of Mississauga. 28% of all cargo coming from the Canadian Great Lakes and St. Lawrence Seaway moves through this Port.²

As part of Canada, Mississauga, offers 14 trade agreements with 51 countries, providing access to over 1.5 billion people and $9.3 trillion in combined GDP. 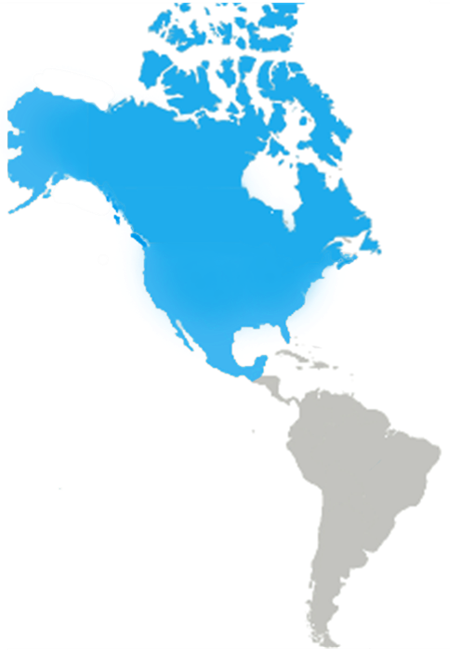 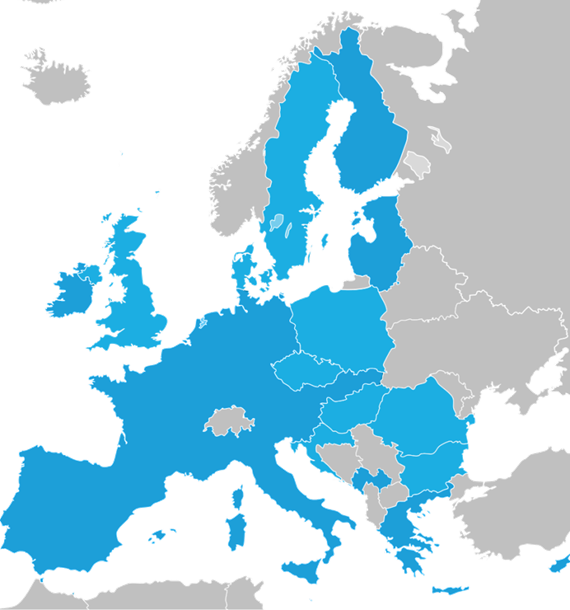 The Canada-European Union Comprehensive Economic and Trade Agreement (CETA) ensures nearly 99% of EU tariffs are duty-free for Canadian goods and guarantees market access to both the EU and North America. No other top investment destination in the Americas can offer access to all 28 EU Member States. 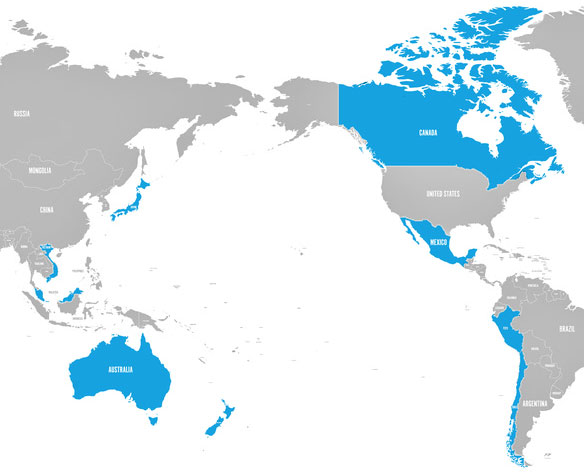 The Comprehensive and Progressive Agreement for Trans-Pacific Partnership (CPTPP) gives companies operating in Canada preferential access to one of the largest trading blocs in the world, including key markets in Asia and Latin America.

Mississauga has a secured commitment to strengthen its travel connections so that local residents, workers and visitors can sustainably gain access to future economic opportunities and markets. The city’s strategic priority is to enhance the transit focused network to support Mississauga’s growth ambitions and connections.

Don’t just hear it from us

Alan Smithson is the CEO of MetaVRse, a Virtual, augmented and mixed reality (XR) firm. Howard Eng is the former President & CEO of the Greater Toronto Airports Authority. Together, they speak about the benefits of having Canada’s largest airport servicing Mississauga citizens and beyond.

Provide feedback on this page

Provide feedback on this page

Report a problem or mistake on this page

Report a problem or mistake on this page