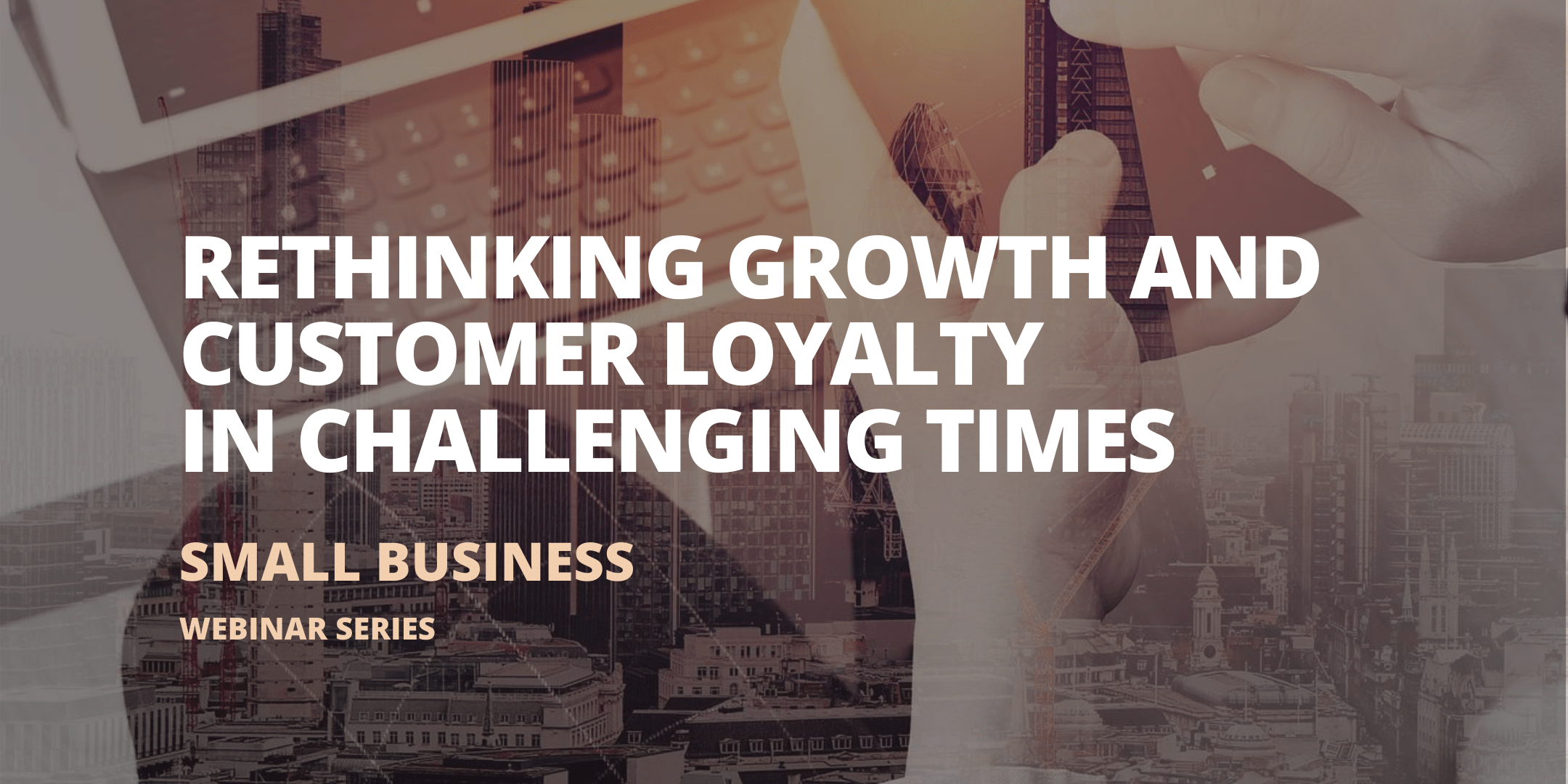 That’s the advice that resonates from Marc Anthony Sidhom ’s webinars to the MBEC community on Marketing, Customer Loyalty and Rethinking Growth. Sidhom is the co-founder and co-CEO of the consultancy Fredrick and Simon, a firm that supports their clients’ business development and sales and marketing endeavors.

COVID-19 shut down business as usual, there is no denying that, but Sidhom believes it also presents significant opportunities for growing relationships, re-focusing priorities and expanding our definitions of success in business.

“Sometimes people see negative growth as a bad thing,” Sidhom acknowledged during a recent telephone interview, “but during a crisis, negative growth might just be a way of minimizing the damage.  During a crisis growth is based on a different complexion and it really is about growing share of mind, not share of wallet. Later, when the economy recovers, that share of mind will be remembered and reward those companies that showed their worth and value during the bad times.”

“There’s this long-standing belief in the west that more choice equals more happiness,” Sidhom explains. “That speaks more to the effectiveness that marketers have than it does to the human condition. Now that people are spending more time deciding when and how to make purchases, less they are becoming more value-driven.  In the presentation, I quote a consumer who decided to try a new brand of veggie box because for every one paid for, another box went to someone in need.”

Local restaurants are also building their share of mind by using specialization rather than diversification in the menu items they make available for pick up or delivery. Family meals available in three or four combinations to share, or specialty favorites as daily specials, have replaced menus that were as long as novels.

“While it is true that old habits die hard,” Sidhom says, “we’re also seeing new habits and new values coming into play very quickly. “You see the lack of respect for social distancing and, the huge embrace of it. It’s stratifying society into two groups: the group that does not care about others and the group that really cares. That second group is probably largest in proportion to the total than it has ever been. Businesses that recognize this now have an advantage.”

It’s joining the group of those that care, the level of compassion exhibited, is what will enable businesses to survive now and thrive later. And that, is where customer loyalty and retention become the only Key Performance Indicator (KPI) that matters.

Customer Loyalty During a time of crisis

“Most businesses don’t even bother with KPIs,” Sidhom says. “The one I find that has the potential to change how small business operates is customer loyalty.  Traditionally, new customers are preferred to losing existing customers, but that has to change during a time of crisis. How many businesses can you think of that relied on one client for the majority of their revenue and then, when that customer was impacted by COVID, found themselves to be in trouble too?”

Sidhom’s response is to challenge business people to think about growth in a way that they become less dependent on one or two or a few customers.  To that end, we have to recognize the link between customer loyalty and good corporate behavior.

In normal times, people may pay a premium just to create or receive an intangible value, the ability to say they got something from a specific place for the sake of status, for example. In times of crisis, marketing efforts need to focus on real value.

“Don’t just contact your clients when there is a problem, or because you have something to sell,” Sidhom advises. “Just contact them randomly during a crisis to see how they are coping. Support and concern builds loyalty. Courtesy is not something that should be neglected ever, but especially not in times like these.  Not everything you do in business has to be lucrative.”

Don’t be afraid to be supportive of others to help them survive. Sidhom has done more pro-bono work in the last two months, than he has over the last two years. He’s not concerned about the result to his bottom line right now.

“My colleagues in consulting are saying that spring and summer 2020 are not about making money,” Sidhom says, “it’s about setting up your fall and winter.”

It’s that looking to the future, Sidhom believes, that will help businesses survive this crisis and thrive in their strongest business relationships ever.presd

To learn more and register for our upcoming webinars and events, please visit mississauga.ca/smallbusinesstraining