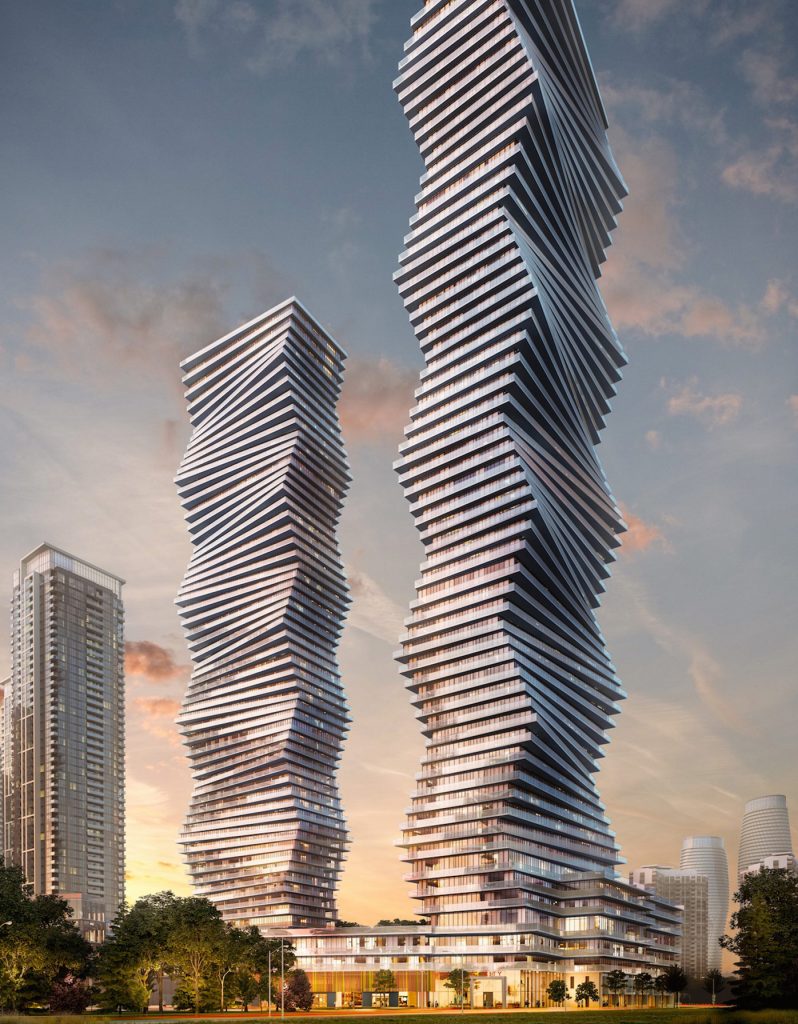 Soaring 60 storeys from the corner of Burnhamthorpe Road and Confederation Parkway, M City’s two flagship towers will emerge as the defining landmark of Mississauga’s downtown core and the city’s tallest building. The first of 8 towers in a $2.5 billion, master-planned community, M City was inspired by the city’s own Downtown21 Master Plan. The meticulously planned project has been in development since 2007, when Rogers Real Estate Development enlisted leading Canadian developer Urban Capital Property Group to manage the process of turning a long-held family asset into a legacy community.

The flagship designs were conceived by CORE Architects, who won a design competition for the project. M City’s undulating geometry results from a unique application of seven floor plates that take turns skewing to each extreme as the building rises, stacking in a repetitive pattern. The non-rectangular geometry creates the impression of fluid movement and lightness of mass, leaving a striking presence on the Mississauga skyline. It’s a continuation of a new era of design that was first introduced to Mississauga with Absolute Towers.

Faceted glass walls designed by CORE Architects introduce a prismatic shape to the podium, accommodating a large rooftop amenity space. Retail at grade is a primary draw for active street life, which is augmented by over two acres of public parkland, providing a solid foundation for a vibrant community. 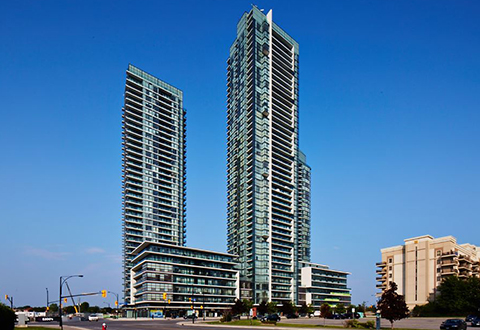 Parkside Village is a high-density mixed-use community located in the heart of Mississauga’s City Centre. Block 9 is accepting current retail leasing opportunities including a 2,182 sq. ft. space with immediate availability in the newly completed Block 9 with frontage on Brickstone Mews. 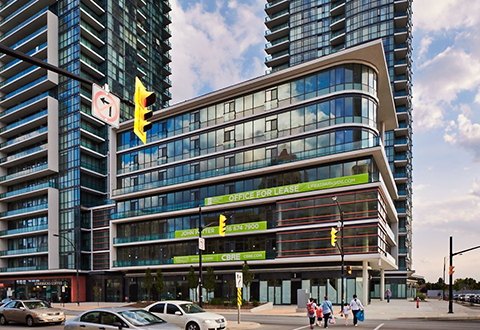 The Offices at Parkside Village

A Corporate Opportunity - 60,000 sq. ft. of custom office space is available for you to transform. Surrounded by cafes, restaurants, parks, and services, Parkside Village is the perfect location to cultivate corporate environments. Featuring floor to ceiling exposure, glass exteriors, and full-service janitorial maintenance.

Parkside Village is a high-density mixed-use community located in the heart of Mississauga’s City Centre. multiple future opportunities in Block 1 will contain many units ranging from approximately 700 – 1400 sq. ft. with frontage on Confederation Parkway and Square One Drive. 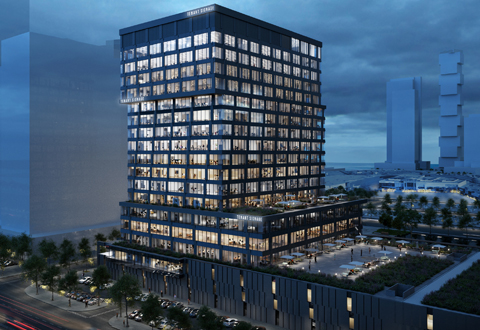 The Offices by Square One District

Square One District’s master plan envisions a place where business, life, and leisure come together as one. The Offices by Square One District will deliver future-forward workspaces to Mississauga’s vibrant city centre, alongside a plan for 18,000 modern homes providing sophisticated urban living.