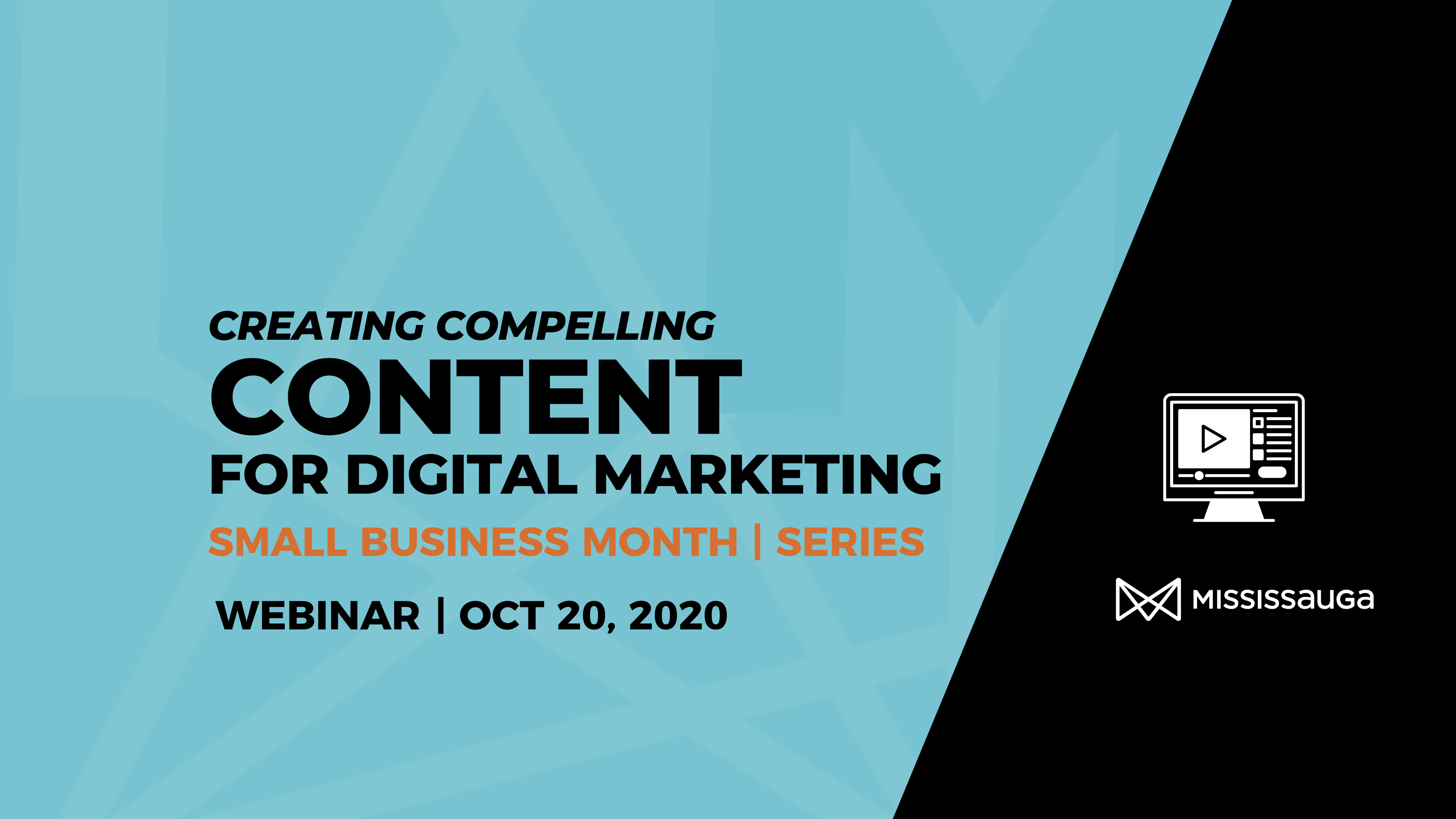 In this webinar attendees will learn what every small business owner must do to create compelling content for their digital marketing strategy that first attracts and then inspires their audience to action.

Cyrus earned international accreditation as an IABC Accredited Business Communicator in 2009 and is one of 60 people in Canada who have been awarded IABC Canada’s highest honour and lifetime achievement designation, Master Communicator.

He’s traveled the U.S., Europe and Canada while on assignment, is a past instructor at the University of Toronto School of Continuing Studies and is a sought-after digital communication strategist, trainer and keynote speaker. A frequent judge of industry awards, Cyrus has received recognition at the local, national and international levels.

This webinar was hosted by the City of Mississauga, Mississauga Business Enterprise Centre (MBEC).

Mississauga Named a Smart21 Community of the Year