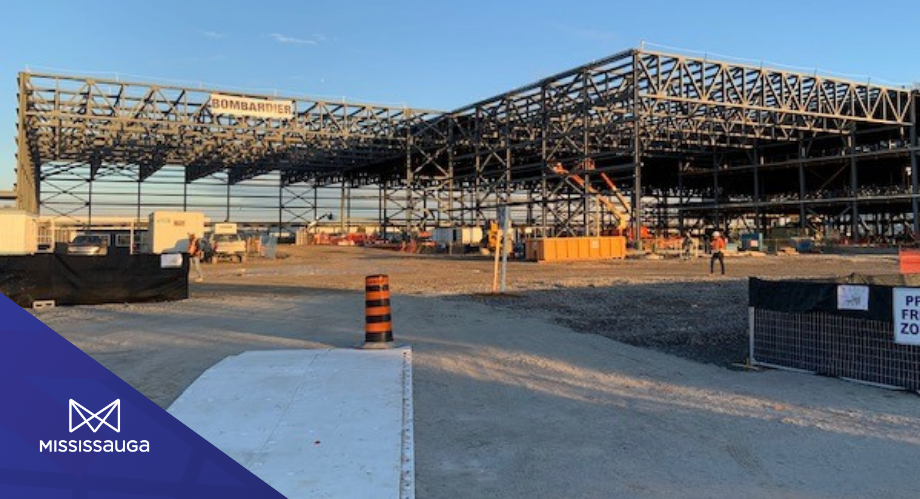 Bombardier Announces Construction of New Global Manufacturing Centre in Mississauga is on Track, Reiterates Sustainment of 2,000 Jobs and Commitment to Aerospace Community in Ontario

The following press release is pulled from Bombardier.com

“Bombardier provided further details on the construction of its new, state-of-the-art facility at the Toronto Pearson International Airport that will optimize final assembly operations for its family of Global business jets, including the industry flagship Global 7500 aircraft. In an event attended by Bonnie Crombie, Mayor of the City of Mississauga, Deborah Flint, President and CEO of the Greater Toronto Airports Authority, Jerry Dias, National President at Unifor, and several other key representatives of the Greater Toronto aerospace community, the company reiterated its commitment to continue the momentum of its presence in Ontario.

On track for completion in 2023, the facility will provide a new home to the Global Manufacturing Centre, currently located in nearby Downsview, ON. The move, which represents a private investment by Bombardier of approximately $400 million USD, will provide continued employment to the 2,000 employees currently working at Bombardier’s Downsview facility.”

Breaking the Code. Programming for Success.

How to Prepare a Small Business Continuity Plan – Webinar Series, May 2021